More fruit and veg can make you happier! 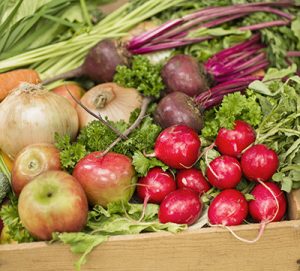 It has long been recognised that eating more fruit and vegetables can help against developing long term illnesses such as cancer and heart attacks .

However, now following the first major study to explore physoiological well-being, beyond the traditional findings, it has been proven that eating more fruit and vegetables does actually make you happier. And it can happen a lot quicker than you think.

The long term benefits of eating more fruit and vegetable to combat disease accrue decades after eating it, but it has been proved that the well-being improvements can be felt within two years – and levels of life satisfaction of eating this extra fruit and veg have been compared to the difference of moving to employment from unemployment.

So – no excuses everyone. Physical and now mental well being has been proven. Time to slip that extra banana into your lunchbox and an extra side of spinach for dinner.

Morefresh is launching its newsletter shortly. Sign up here to hear all the news about your service, including new products, special offers, new recipes and lots more…

Make amendments to your orders, add holidays, view your statements, and make payments.